The Cost of Karma

Posted by charlottemesservy on July 20, 2016 in Travel Philosophy |2 Comments

My boyfriend Mike is an optimist – he believes in the power of positive thinking and takes that belief a step further into action. He feels that with just your positive thoughts, you can manifest change.

This is very simple to put into practice.  Depending on your religion, you could say, “Thanks (God or Universe or Ganesha or no one specific), for taking care of my financial worries.” Or, “Thank you for helping me navigate this stressful project at work with patience.” In yoga we call it Ishvarapranidhana, which means surrendering your actions to a higher power.

I had forgotten about Mike’s affirmations, but last Saturday morning there was something in the air that felt a bit magical.  I felt really happy after a month-long bout of high stress so I was all about manifesting a little extra positivity for my weekend.

Mike grabbed his surfboard and we walked down to the beach, both manifesting positive things to each other like a bunch of losers. As we parted and he swam out into the waves, he said, “Thank you universe for clearing up these clouds and giving me such a beautiful day to enjoy.” Minutes later, the clouds were gone. It was the nicest weather we’d had in a week after freezing cold, rainy weather.

Then Mike looked over at a group of men training in a big inflated rescue boat, practicing coming in and out of shore. As they approached a wave, he said, “They are going to flip over.” And sure enough, they flipped over. “Shit, did I just manifest that?” he thought to himself.

Meanwhile, I walked along the beach and grabbed my phone to take a picture. I thought about how old and worn it had gotten after two years of traveling with me; how I cracked the screen after dropping it down a flight of stairs onto cobblestone in Prague last year and, later, had it replaced. I mostly use my phone’s camera and, at this point, because of wear and tear, my photos are no longer very sharp. I thought to myself, “Thanks Universe for presenting me with a new iPhone.”

I started walking home then changed my mind and decided to make a quick trip into town, taking a side street to get there. At a roundabout, I noticed something in the street. A stranger and I saw it at the same time – it was a new, beautiful iPhone 6s Plus sitting face-up in the road, miraculously uncracked.

I turned to him and said, “Wow, that’s really odd. I can’t believe sitting in the road and isn’t cracked!” “It’s in good condition,” he remarked, pulling out his own new, equally beautiful phone to check the time. “I live right next door, I can return it to the owner,” I said.  And he gave me a sort of wink and a smile as if to say, “…sure you will” before continuing towards the beach with his kids.

I walked off with the phone in my pocket completely speechless – did I just manifest this phone? I did my errand and got home. Mike came in from surfing and told me about his two manifested situations, laughing about the boat flipping over. “Well,” I said to him, “ I just manifested a $2000 iPhone.”

If I’m honest, I was really pissed off about this situation. I didn’t expect to have to make any moral decisions on my one day off. I also couldn’t get over that a mere 15 minutes after asking for it, I got my wish and had to consider not keeping it.

I may as well have had the devil on one shoulder and an angel on the other. I argued each way explaining to Mike that it could have been hit by a car and cracked, the owner wouldn’t know the difference between that and me keeping it. Maybe I was meant to have it.  But then there was the angel so obviously saying this isn’t yours and even though I didn’t outright steal someone else’s property, keeping it would be just as bad.

Ultimately, the decision came down to karma. A word which literally translates to “action,” with the idea that from every action, positive or negative, always comes a ripple effect.

I love the concept of karma. I feel that it captures the blips of the tiniest micro-actions as well as the huge impacts of major decisions. It means that there is always a chance to take the high road and that all you need to do is listen to your sense of right and wrong. To me, it means that even if you don’t have a dime to your name, through just your morality, you can be the richest person in the world purely because you act from a place of compassion.

Thus there was no real choice to make – I had to return this phone to its owner.  It became clear that this phone being presented to me was a test. The real question wasn’t “Should I keep it?” but instead, “At what cost do I want this thing?”

Minutes later, I picked up a phone call from a friend of the owner and she gave me his name, Rob, and took down my information.  I remarked how odd the situation was – finding the phone in the street in one piece – she said, “Well Rob had actually pulled over to help someone with a flat tire, so he had put his phone on the bumper and forgotten it was there.”

At this, I got goosebumps. It would have been doubly bad karma to keep this phone. Rob had gone out of his way to do something nice for someone else and I ultimately had the power to determine whether that would be a negative or positive memory for him. If I kept the phone, maybe he would be less likely to help someone in need again. What would be the cost of not making the right choice?

Rob called me later that night and I could hear the sense of relief and appreciation in his voice. He couldn’t believe I returned the phone and insisted on sending me a gift. The next day he personally delivered a bottle of champagne at my apartment with a note, “Thank you Charlotte! May great things happen for you!” It was very sweet. 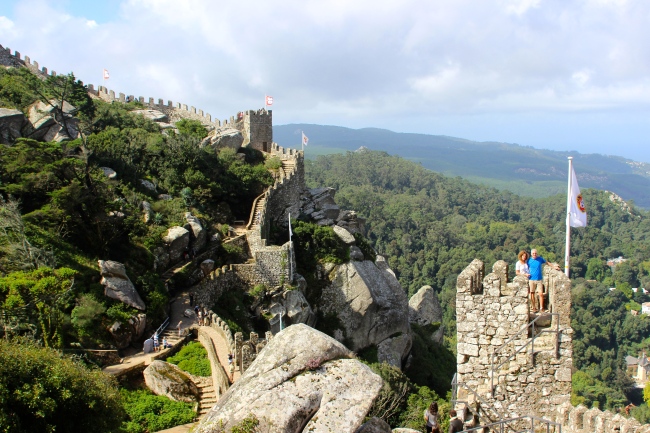 I noticed in the last several days that the word cost kept popping up in my head in relation to all this. One could almost think of karma like a business would: let’s do a cost-benefit analysis.  What’s this decision going to cost me?  Is it worth this good thing now for some bad karma down the line? How strongly do I feel about this?  Each person might come up with a different answer for different reasons.  Three years ago, I think I would’ve kept the phone.  And now I don’t even want to touch it with a ten-foot pole.  My main deterrent is avoiding bad karma.

That’s why when on my way into work Monday morning I took a page out of Rob’s book and paid it forward.  A girl fainted and passed out for 30 seconds on a packed, rush hour city bus and everyone filed off to find alternate transportation. I had a choice: to follow everyone else and try to get to work on time or, even though I have no medical training and get really awkward when I try to comfort people, I could stay to make sure she was ok. Ultimately, three of us stayed behind and waited with her for an ambulance. It just felt like the human thing to do.

Karma is tricky.  From my experience – it feels less about doing the right thing and more about not doing the wrong thing – like ignoring the girl who fainted and just worrying about getting to work or keeping the perfect phone from its rightful owner, no matter how it came to you.

And there are some rules – my yoga teacher made a point to tell my class: you won’t get as much good karma if you go around telling everyone about your good deed and expect them to praise you (I’m taking a hit for this right now, but I wanted to share the story for what is, hopefully, a larger purpose).

While I hope to live a happy, healthy life, I want to make the right choices mostly because I’m curious to see what that path looks like.  Now that I’m tuned in, it feels a bit like a Choose Your Own Adventure book.  And maybe after seeing the effects of this confusing chapter, I’ll be more sure not to manifest anything quite as materialistic as a fancy phone again.  Or I’ll ask for one that I can actually keep. 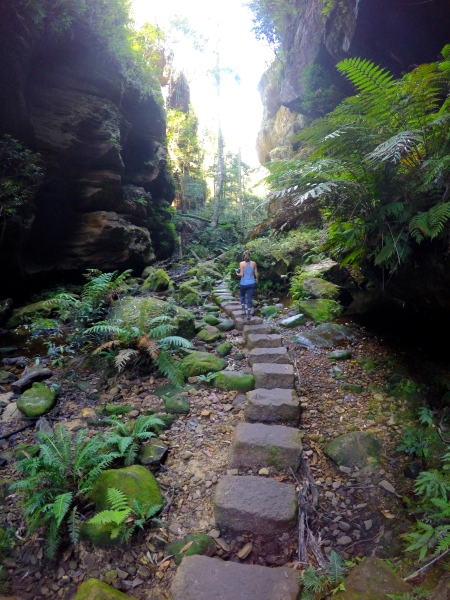