Posted by charlottemesservy on March 20, 2015 in Ireland |8 Comments

Last weekend, Mike’s friend Dave flew over from Wales and the three of us drove to the Mountains of Mourne, located about 45 minutes southeast of us.  Ireland has proven to be relatively flat compared to my native New England, with low, wide hills at most.  Mike has also referred to his “hill walking club” – a term we don’t use in the USA.  I call it “hiking,” but I figured maybe the term came from the smaller peaks and easier walking paths than those that I’m used to.

When we arrived at the Mournes, I was blown away.  Out of nowhere is a large range of beautiful, steep, rocky peaks.  I wouldn’t categorize these as “hills.” 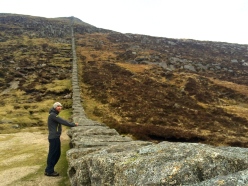 It was a freezing cold and windy day, but we had attempted this hike a few weeks ago and I could barely even exit the car based on how windy it was.  Ultimately we decided to skip it and go to the pub for some rugby instead.  So this time, we committed to it – the summits are known for being cold and windy anyways.

The “hill walk” was not easy – the paths are really just a bunch of boulders to climb up.  The summit was so cold I couldn’t feel my hands (with gloves on) so I don’t have many pictures to speak of – Mike shot a few decent ones before they all go out of focus and before he lost the ability to click the shutter.  Despite the frigid conditions though, I totally fell for the sweeping views.  From the top of Slieve Bearnagh, the peak we hiked, you can see out to the ocean from one side and, on the other side, up to Belfast (on a clear day).  Silent Valley sat below us – completely barren and beautiful.  The Brandy Path, where they used to smuggle brandy in from the ocean, runs along the side of the range. 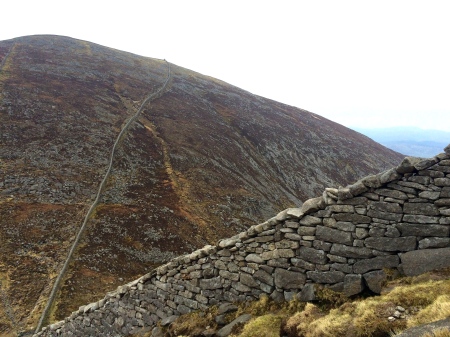 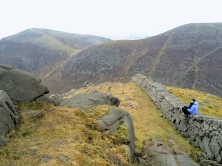 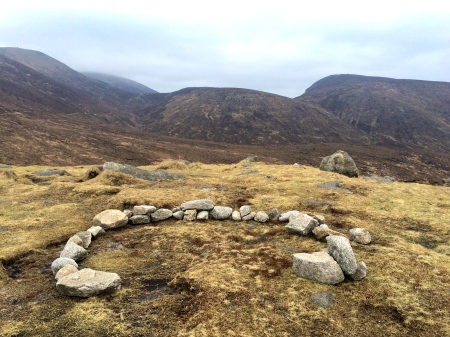 My favorite part of hiking the Mountains of Mourne was the stone wall which runs along the tops of the entire mountain range.  It was absolutely stunning.  It gives you a unique perspective – you can see how steep it is, how long it runs, and it also acts as a great shield from the wind. 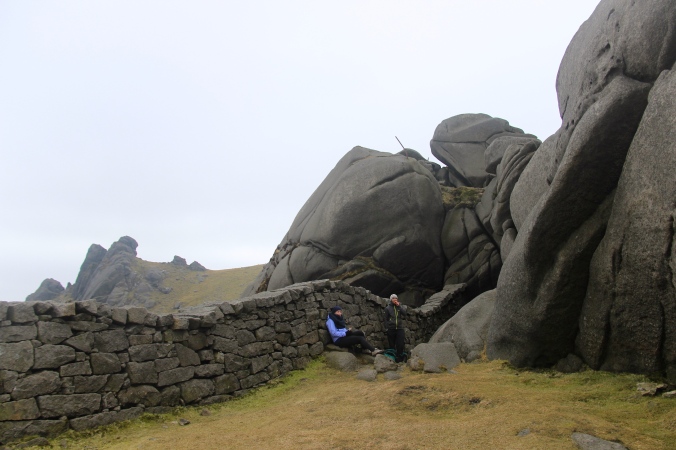 I’m hoping to go back to the Mournes again before our departure to Australia in the end of April.