Leaving the guy I had fallen for with no set date to meet up again, week four of sickness, and a newly shattered iPhone screen.

I knew the day after Ireland was going to be hard, but this was a little much, even when I tried my best to keep things in perspective.  Thankfully, this low moment didn’t last long, as I met up with my surf camp friend, Marketa, in Prague for the weekend to keep my mind occupied and have some girl-time.  And, as an added and unplanned bonus, my friend Brian from Barcelona saw via Instagram where I was and reached out to say that he was in town as well.  I knew that everything would be ok with these two around.

Hard to keep up with this celebrity

Marketa is one of those people you feel like you’ve known forever.  When I met her in Portugal, she was on vacation and I found her to be positive, laid back, no drama, and a lot of fun.  Marketa had originally only agreed to meet me somewhere new, away from Germany and the Czech Republic (where she lives and where she’s from). However, when I told her I was dying to see Prague anyways and really wanted to visit her, she caved and set us up to stay in her sister’s apartment and drove the four hours from Nuremburg to meet me.

Marketa snaps me listening to the street performers

It’s worth noting that I only packed to be in Europe through mid-October and wasn’t planning on seeing winter during my trip.  However, things kept popping up which kept me around for an extra month.  At this point in the trip, I was layering everything I could to keep warm.  When Marketa and I met up, she whipped me into shape – forcing me into warmer clothes and to drink copious amounts of fresh ginger and lemon tea to get rid of the terrible cough I had acquired. 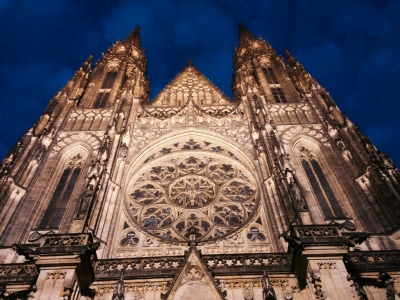 Top of the city

Prague is as beautiful as everyone says.  Marketa took me around the city over our days together.  It’s a sea of beautiful old buildings and red roofs with a very low price tag.  The Charles Bridge was bustling with local artisans and musicians.  We stopped and enjoyed the music while sunning ourselves and people-watching.  At night, we sipped Svařák (hot mulled wine) and ate Trdelník (delicious spiral-shaped pastries), which made walking around in the cold a heck of a lot more enjoyable.  We watched the Walk of the Apostles at the Astronomical Clock and I tried some local dishes, which were delicious and very heavy.

I got to spend time with Marketa’s beautiful sister, cousin, and friends, all of whom were hospitable and sweet.  Katerina, her sister, had returned home from a trip to Rome with a selfie stick, which entertained and embarrassed us for hours. 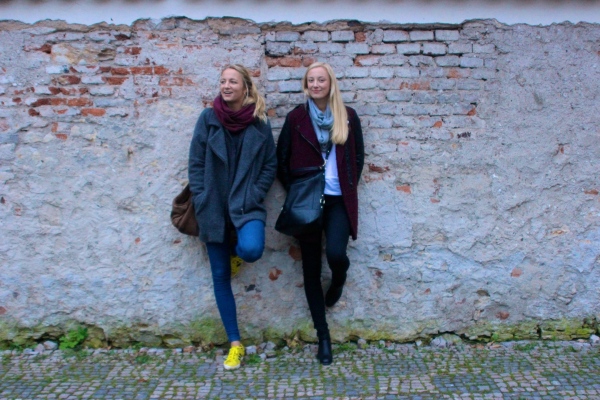 Throughout our weekend of talking, Marketa griped that all Czech people do is focus on the negative and complain, which was funny to hear because she is the complete opposite of that: a California girl born on the wrong continent, I suppose.  As a result, she made it clear that she seeks out friends who are positive and fun.  She said this is why she loved spending time together.  During our weekend, Marketa even referred to me as “the most chilled person” she has ever met.  I couldn’t stop laughing about this comment – I do not think of myself as “chilled” at all.  But my time traveling had me in a mindset that had me frequently saying things like “It’ll all work out” and “What’s the rush?”  I had a similar reaction when a week earlier, Mike said, “I’ve never seen you stressed before.”  These are comments I still think about, weeks later, and wonder – how am I possibly being perceived this way?   Is this really who I am without work and without the influence of anyone else on me? 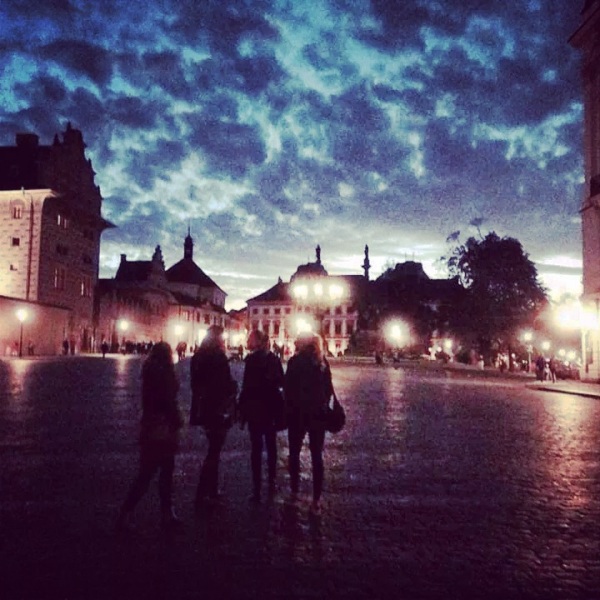 The ladies at the top of Prague

The high point of my time in Prague was getting to introduce Marketa to Brian and his other friends who I had met in Barcelona back in month one of my trip (Brian and his roommate Oscar are mentioned in past posts).  It felt like we were old friends and I kept forgetting that we hadn’t actually known each other before the trip. 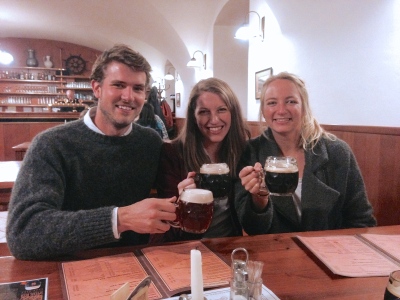 Brian is American, doing one semester in Barcelona for graduate school.   It is his first extended trip abroad and, when we originally met, we were both feeling quite anxious about our situations.  Seeing him months later, he seemed much more relaxed and in his element.  There were so many signs which showed me how far he had come and I felt oddly proud of both of us.  Our serendipitous second meet-up felt like an unplanned progress report; we were able to tell each other how different we each seem after our time away from home.

My Czech and American friends got along famously.  We spent Halloween night in a terrible, trashy club dancing to “80s and 90s music” (the entire “Grease” soundtrack), which was actually a great time.  We met up at the top of the city and had beers brewed by monks. 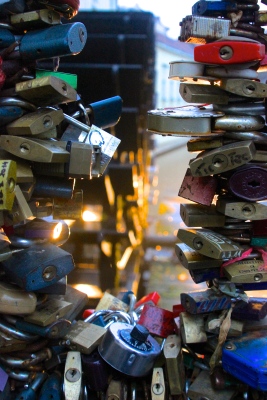 At the end of the weekend, the whole group sat down to dinner.  “So where have you been since we last saw you?” said Jordan, one of Brian’s classmates, who I’d met back in September at a dinner.  “Well, all over the place! I didn’t really plan it, so my route doesn’t make much sense, but Cordoba, Granada, Seville, Lisbon, Sintra, Peniche, San Sebastian, Paris, Dublin, Belfast, Galway, and now, here.”  The ten people around the table looked impressed.  “And what was the best thing you’ve done so far?” someone said as a follow up.  I laughed.  I get this question all the time and I never know how to choose.  I run through the list in my head: working on a vineyard in Provence, learning to surf in Portugal, hiking to Jesus and eating pintxos in Basque Country, eating cheese plates and talking about life with an amazing artist in Paris, falling in love on a road trip in Ireland… Jeez, I have no clue how to answer that. 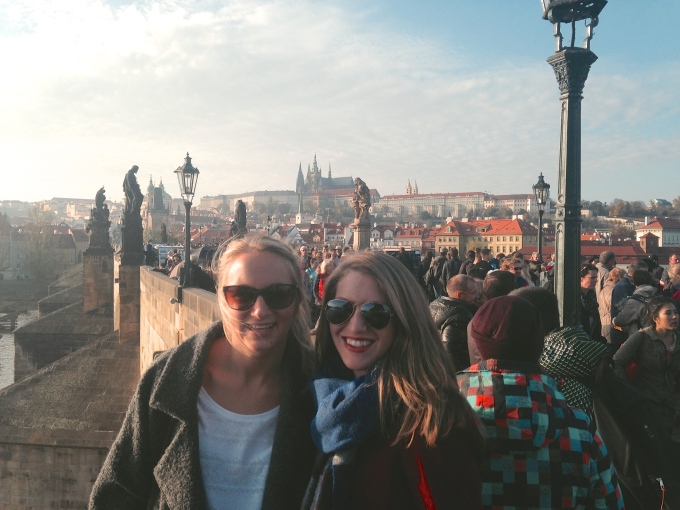 Recent Posts
@charlottemesservy
Zoom yoga is still weird but also pretty amazing and offers a whole new set of possibilities which I find exciting. I’ve gotten to see the cats, dogs and babies of many loved ones after class. I’ve gotten to teach friends and family who have never been to my class (due to living across the world from them). I’m being challenged to simplify my teaching and slow down a bit (which I need)! I’m teaching Gentle Hatha at 8am tomorrow aka Friday Sydney time (which is 5pm NYC time on Thursday). Anyone is welcome to join. Pop in on zoom meeting ID 800-367-387 if you want to join or send me a note and I’ll email the invite 😘
%d bloggers like this: