What I’ve Learned From 365 Days of Travel and Change

Posted by charlottemesservy on August 19, 2015 in Round-Up, Travel Philosophy |2 Comments

Exactly one year ago, I boarded a plane with a one-way ticket to Europe and an overstuffed backpack. I thought my trip would just be a little adventure before settling back into my normal life, but that is certainly not what it turned out to be.

To give the briefest possible background story: I had been working in a corporate environment for 5 years, saved some money, quit my job at age 28, traveled to Europe and Southeast Asia over 9 months, ran out of money, moved back to New England and have spent the last few months going between family homes in Boston and Vermont, as well as consulting.

Everything has changed – for better or worse – and now I can’t imagine going back into my “normal” life. The travel bug no longer seems like a phase – it feels like the world has opened up and shown me opportunities that are too exciting and challenging to pass up. My next destination will be Australia towards the end of the year.

Given this total 180 in life style, I felt that it might be worthwhile to stop and look back to where I started. While I captured many of my thoughts and feelings in other blog posts, I wanted to take a moment to remark on the big picture of what I’ve learned over this last year.

Most limits are self-inflicted. “I can’t,” “I could never,” “…but that’s impossible,” I think we say these phrases more often than we realize. I used to say them all the time. The self-fulfilling prophecy is real, or at least, it certainly has been for me.  Once I got on the road, it didn’t take me very long to identify that I was putting all sorts of limitations on myself.  I noticed that my attitude was the main thing holding me back. Especially because I was never around anyone I knew, it was incredibly silly. The strangers I was spending time with had no concept of my capabilities, I was just dragging my own self-image into my interactions with others.

For example, in the last few years I wanted to try to abstain from drinking alcohol for an extended period, just to prove to myself that I could.  However, when I was at home, I would be easily influenced and had no real willpower.  It was only once I was on my own in Bali that I was able to complete a full month of not drinking. To someone else, it might have been no big deal, but to me, it was a huge accomplishment.  It’s amazing how setting and achieving personal goals can improve your self-image.  My current goals are to do arm balances and headstands in my yoga practice – another “impossible” feat that I will slowly conquer.

Solitude is an absolute must. I have always been a pretty big extravert – super social, busy, and, in general, not very good at taking time for myself. But now, I have to have time alone. Through solitude, I became friends with myself. I was able to identify traits or habits that I hadn’t quite faced before.

I spent eight days on my own on a Thai island after I had been traveling for several months.  It was only after that long that I would have even considered spending time without trying to make friends, but it was also a total turning point for my trip (and my life).  I stopped feeling scared about being lonely and started feeling empowered by doing what I felt like doing and not needing approval from anyone else.  I started to listen to my thoughts instead of distracting myself from them.  And, during this time, I was able to get a lot of clarity about what I want, what my habits are, and other helpful information. 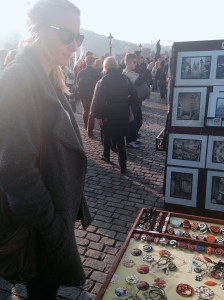 The best friends you can have are the ones you can be silent with.  One of the hard things about traveling alone is companionship.  And while it’s easy to meet some real characters when you travel. to find someone you can just take in your surroundings with, without all the extra chatter, is hard to come by.

Where the mind goes, the energy flows. My yoga instructor in Bali said this phrase during class one day and, eight months later, I still think about it at least once a week. When you let your mind become negative, you are creating negative energy as well.  And while it’s important to be in touch with your emotions and feel things fully, letting negativity take over is not productive, healthy, or useful. It is draining on yourself and others.  In the times I feel low, I try to meditate on gratitude or work out – to focus on something that brings my energy level up.

The unknown is really, really scary… until it’s not. I used to be a pretty controlling person, and I certainly still have my moments, but I decided to give up that part of myself when I chose to travel.  I wanted to see what would happen and, because I was doing something so drastic already, it felt kind of natural.  What I experienced was beyond anything I possibly could have planned for myself – my mind and heart opened to give me space to take everything in, to learn, to appreciate things, and to feel like I’ve barely even begun living yet.

It’s because of the events of the last year that I began believing in fate.  And because of it, I am able to sleep at night, not knowing where I’m going to end up long term or what each phase I’m going through is about.  The unknown is exciting and full of opportunity and, despite how most people may feel, none of us are in control of what comes next.  Maybe I’m a little biased but, from what I’ve experienced, getting swept up and letting the universe carry you can be extremely fruitful. 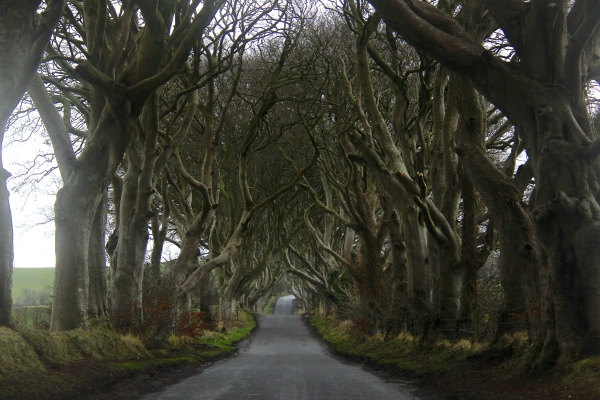 If you get stuck on an idea, you will never act. If you inspect that idea, you can start to make it more tangible, doable, and grounded.  I let ideas become constructs in my head and, because they seem so daunting, I develop big emotional ties to the ideas. It’s when I start looking at why I’m having such strong feelings about something that I am finally able to ground the idea.

For example, I was really anxious about moving to Australia because I was only fixated on the ideas of leaving home again and how far away it is. But I was able to find neighborhoods that look like places I could see myself living. I was able to write a list of goals that I have when I’m there. I was able to remember that I can always come home if I don’t like it.  Now it is no longer a construct in my mind – it’s a grounded concept which I can get excited about.

Being present is the only way to be truly happy. This is something I’ve learned over and over but still struggle with daily. When I was traveling, it would be so easy to get caught up in the virtual world – blogging, Facebooking, Instagramming all the fabulousness and realness of what I was experiencing. There was so much that I wanted to be sharing in real time. However, I didn’t have a SIM card (for the whole 9 months away) and the wireless was generally terrible.

The experience I had was so valuable because I couldn’t rely on others to make me feel better if I was down. I couldn’t watch a movie to tune out. I had to figure my stuff out. It forced me to look around at where I was every hour of every day and take it all in.  It forced me to figure out what made me happy – not waiting for the future or living in the past, but enjoying the now and feeling it fully.  I still practice this daily.

The hardest moments will become the best stories. One of my favorites was this one.  Another is this totally weird experience. This one was predicted before I even knew it would happen.

Change in you can be threatening to others. This is something I’ve been grappling with since I got home and I think it’s the main culprit of my recent anxiety. It’s hard to go back to things when you’ve had a transformational experience. There are plenty of reasons for this. One is that it’s really hard to talk about – the words you need to use to describe it don’t fit into your typical Friday night cocktails vocabulary.  Another difficulty is that transformation goes against the norm.  This means it’s hard to explain your feelings and where they originate without marginalizing the masses.  I sometimes find it works better to gloss over my difficulties because it just seems easier sometimes.  If someone really wants to get into what my culture shock has felt like and the transition I’ve had, I will gladly explain.

You’ll get more out of it if you linger. This is actually a lesson from a photography teacher I had, but I think it relates to life as well. Moving too fast from one subject to another means you miss out on a lot of depth.  When I’m photographing something, I often take 50 or 100 shots of the same subject. Almost always, the first shot is the worst and the ones towards the end are the best. It’s only once you inspect something more closely that you can start to capture your own unique perspective of it.

While I don’t regret any part of my travels, I have the strongest connections to the places I stayed for weeks or months. The places I stopped into for a few days were lovely but I missed out on so much because of my limited time inspecting them.  I will slow my future trips to be spent in less locations because, at this point, it’s so much more about the depth than the breadth.

One year has proven to change my life hugely.  And it makes me excited and curious about what will happen next year – where will I go, who will I meet, what will I learn?  I look forward to sharing more from the USA and, eventually, Australia.  Until then, cheers and thanks for all your support!